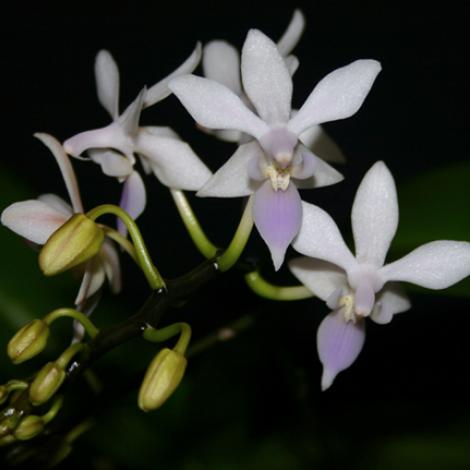 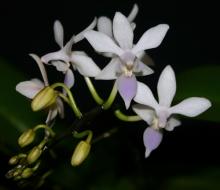 One of my very early equestris var cyanochilus crosses was between two different cultivars of that appeared to both be the standard cyanochilus. Overall the cross was very consistent, but this selected cultivar stood out with slightly larger flowers a little bit darker lip.

These are mature keikis from that original plant. 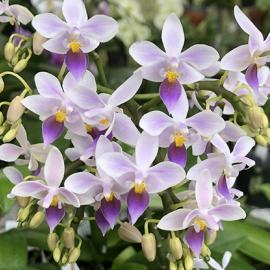 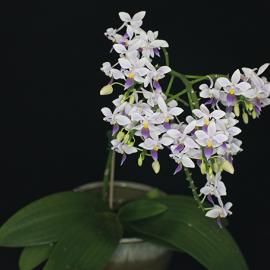 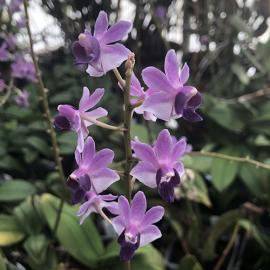 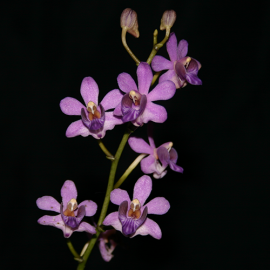 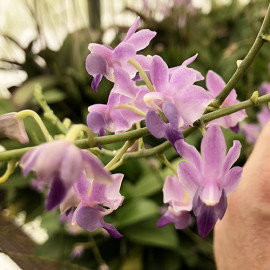 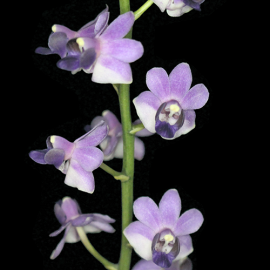 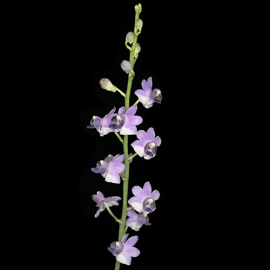 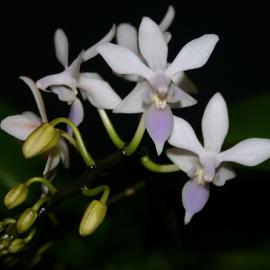 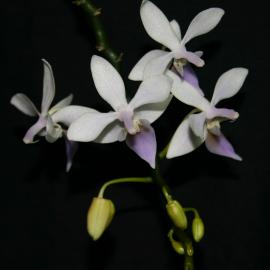 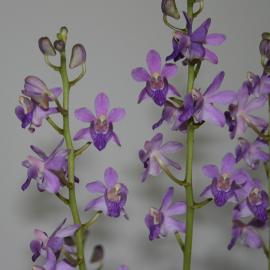 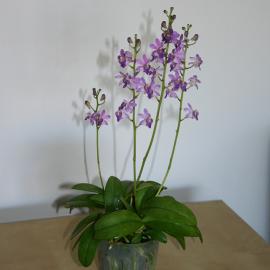 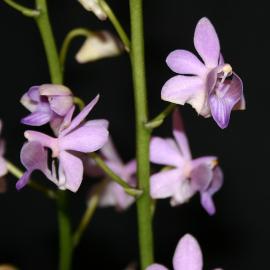 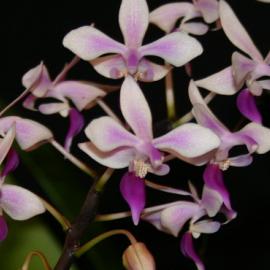 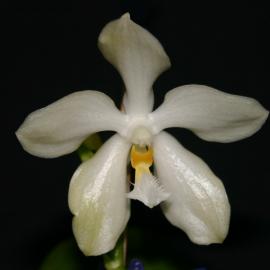 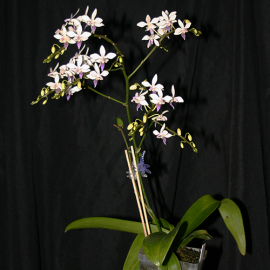